Monkeypox – Not a Barrel of Fun! 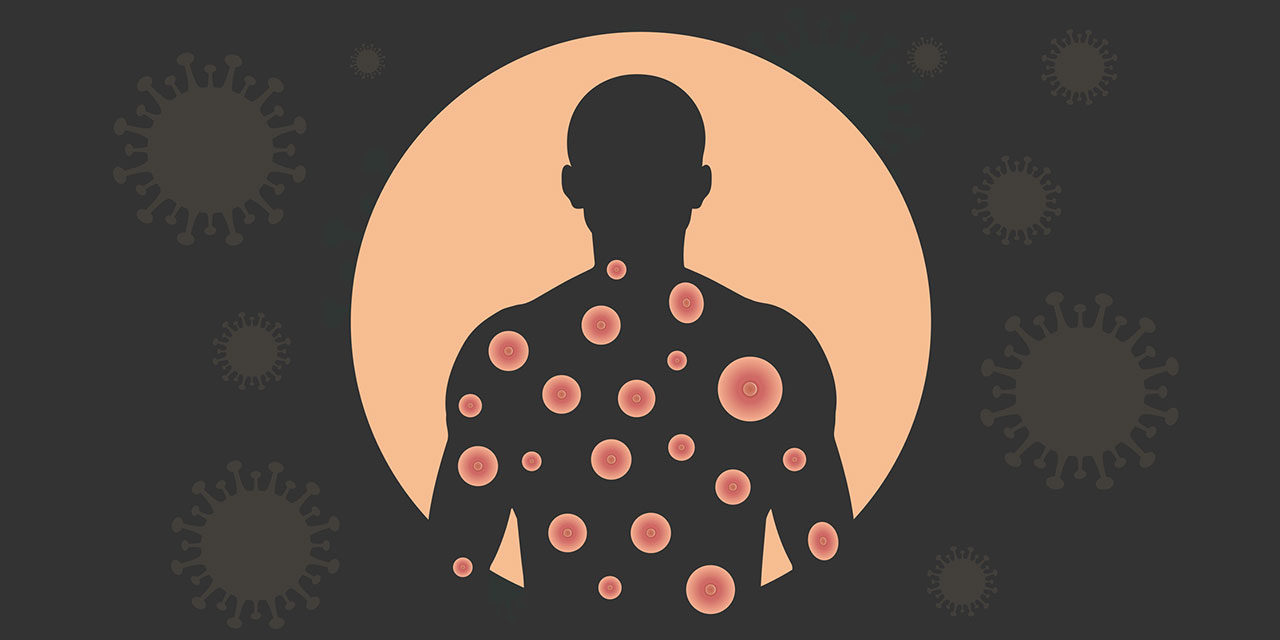 Monkeypox, or as it’s known in the medical world, “MPX,” has been in the news and on the radar of Public Health officials since being declared an outbreak and public health emergency earlier this summer. Humboldt County has now had its first case, which was announced in August. MPX is a rare disease caused by infection with the monkeypox virus. MPX virus is part of the same family of viruses as variola virus, the virus that causes smallpox. Monkeypox symptoms are similar to smallpox symptoms, but milder, and monkeypox is rarely fatal. Smallpox was declared eradicated by the World Health Organization in 1980. The first human case of MPX was recorded in 1970 in Africa. Although MPX is clinically less severe than smallpox, it can cause a significant illness for some. Monkeypox is not related to chickenpox.

MPX often starts with symptoms like the flu. Fever, low energy, swollen lymph nodes and general body aches often occur and then in 1-3 days (sometimes longer) the person can develop a rash or sores. These sores, or lesions, go through several stages, including scabs, before healing and they can be quite painful and itchy. It can truly be very miserable.

Although MPX has not become a problem in our schools, and we do not anticipate it at this time, we should be alert to signs and symptoms because anyone can get MPX if exposed to it. An adult with MPX could easily pass it on to any children in the home. Any sickness with a rash or sores should be evaluated by a medical professional. A MPX vaccination is available and there is also an anti-viral treatment if someone has the virus. As with all anti-virals, the sooner one can get treatment with it, the more likely it will be to minimize the disease. Therefore, it is important to get diagnosed as early as possible. Isolation, hand washing and disinfecting are all effective to assist in mitigation.