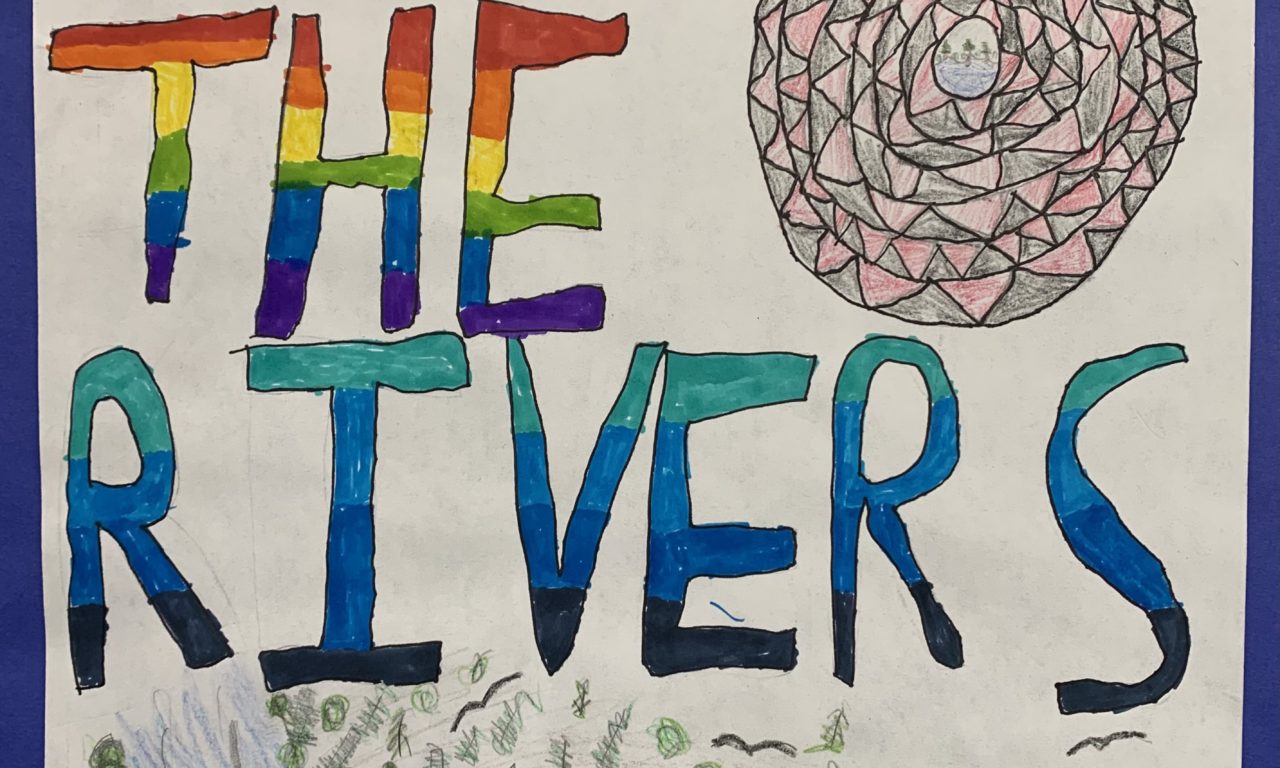 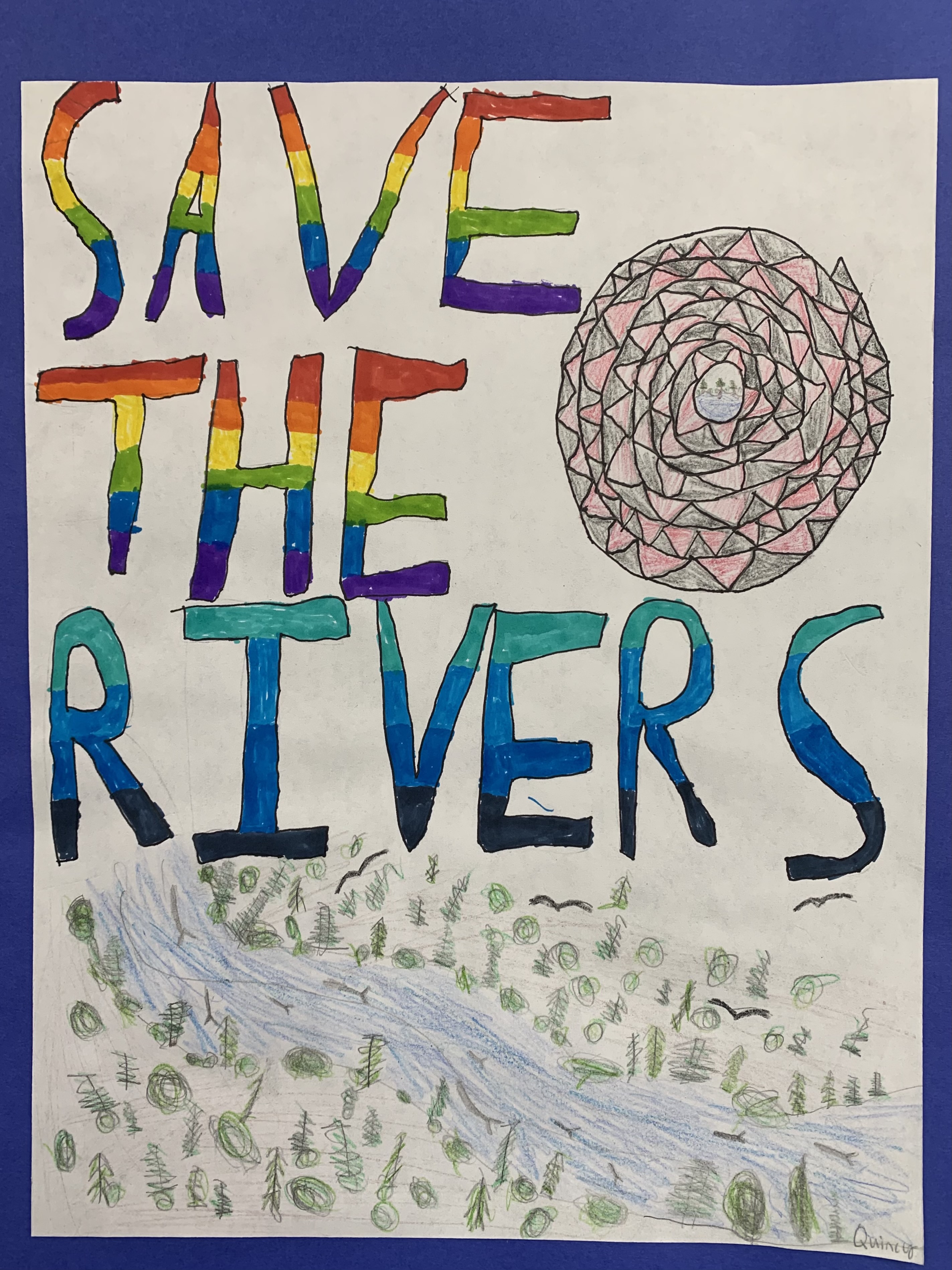 I made my poster have a spiral because designs are very important to Native Americans and I think the spiral represents the circle of life. I also chose the colors for my words because I wanted some color in the poster, but I wanted the word “rivers” to be different shades of blue because the river is usually blue. I drew the river with the fish in it to show that a lot of things need the rivers including birds, fish and trees.  What I learned from TEK and Natve STEAM affected my poster by teaching me that humans have made it difficult for salmon or other fish to get upstream by building dams. Native Americans would make dams to catch fish but they would take them down and only take a certain amount of fish so that is way different from a permanent dam. My poster says “SAVE THE RIVERS” in all caps  because it’s like I’m yelling that out and I chose the message because I want the rivers to be free again. 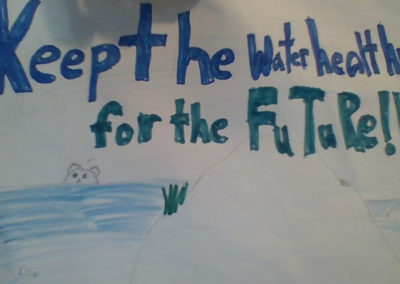 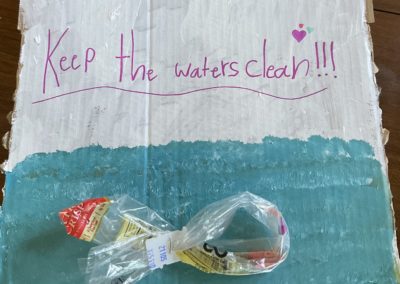 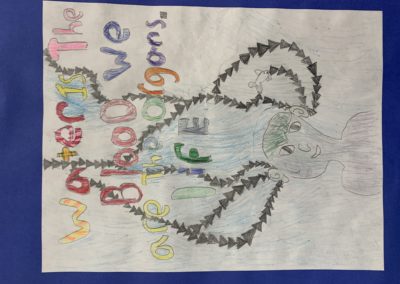 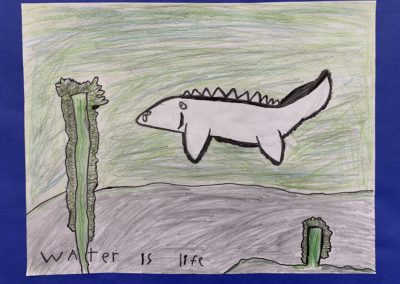 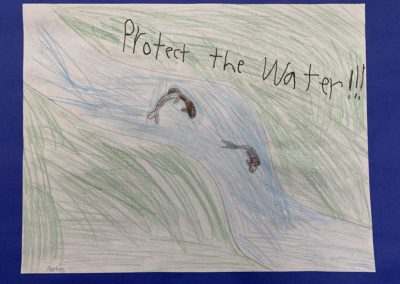 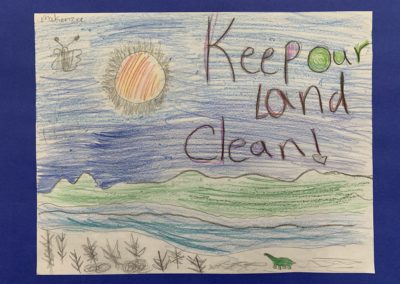 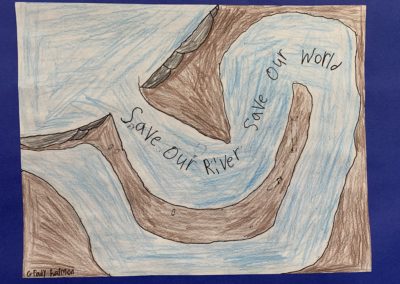 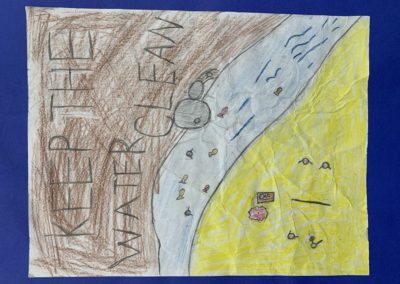 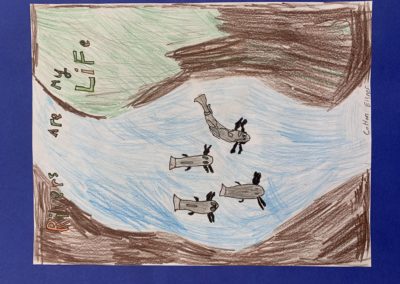