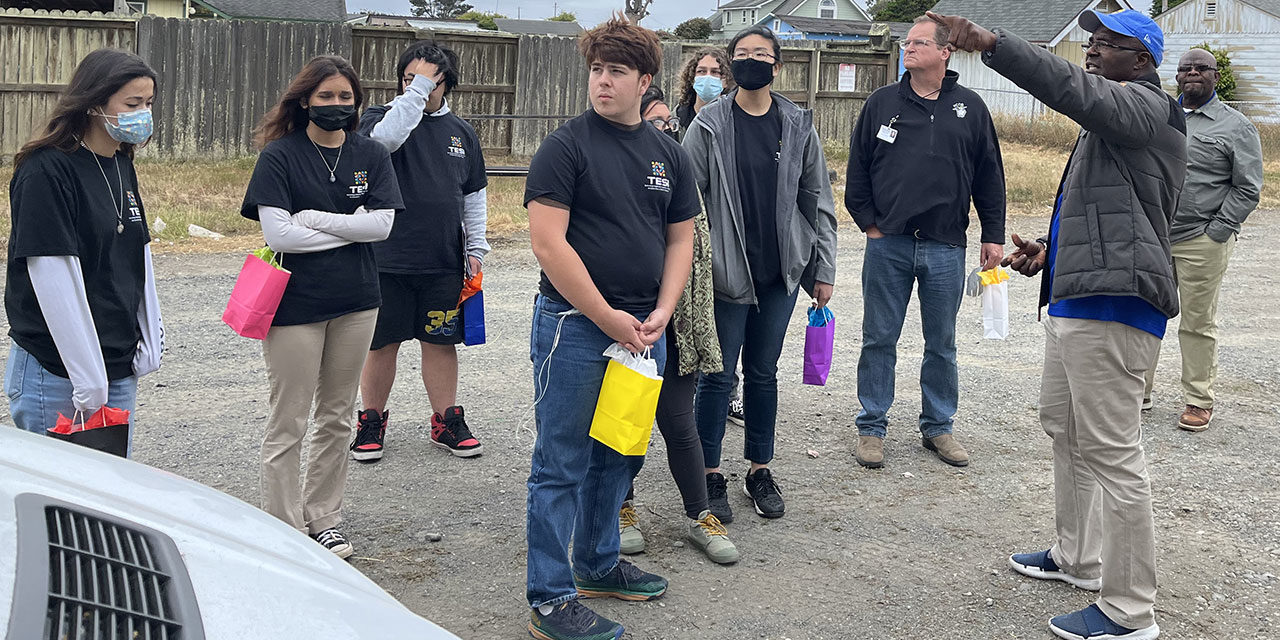 Last year, a competition was created called, “The California Digital Divide Innovation Challenge.” The rules of the Challenge stipulate that competitors must test their innovation with students experiencing a lack of connectivity either due to barriers of affordability or infrastructure. The solution must be at a cost of no more than $15/month per household, include 100 megabits synchronous upload and download speed with no data caps, and have fully deployable implementation within a year. The system is now deployed, and the project remains entered in the competition where the prize is $1 million.

The innovation is the result of the CDE’s request for the development of a solution to help bridge the digital divide in underserved communities.  It was announced last year by California Superintendent of Public Instruction, Tony Thurmond.  Locally, HCOE Assistant Superintendent, Educational Services, Colby Smart and Mary Nicely, CDE Chief Deputy, Public Instruction connected with the technology firm (Dalet) and set out to conduct the project in the rural, Humboldt County community of Fairhaven. The community of Fairhaven was identified through conversations between Smart and former Superintendent/Principal, Lark Doolan, who identified many families with school children in the community when distance learning not possible during the pandemic. The Samoa Peninsula Fire District’s Fairhaven fire station was chosen as the base of operations, due to its proximity to all the homes in Fairhaven. Samoa Peninsula Fire District Chief, Dale Unea supervised the development of the base of operations for the network at the fire station, as the authority of the Samoa Community Services District with fire protection. 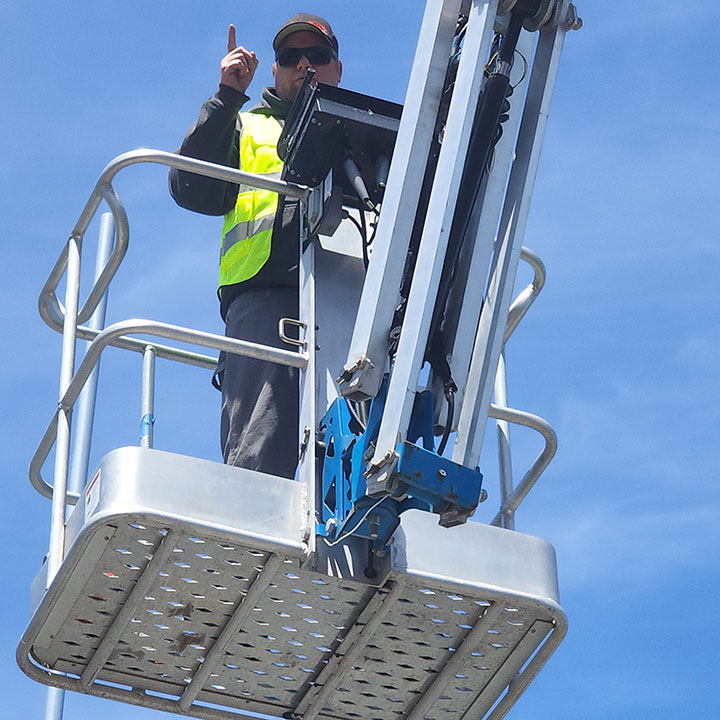 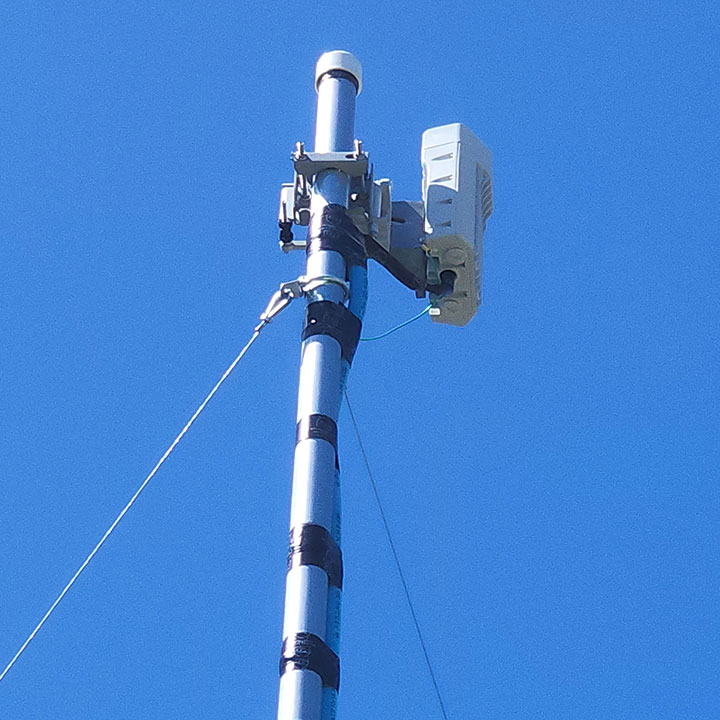 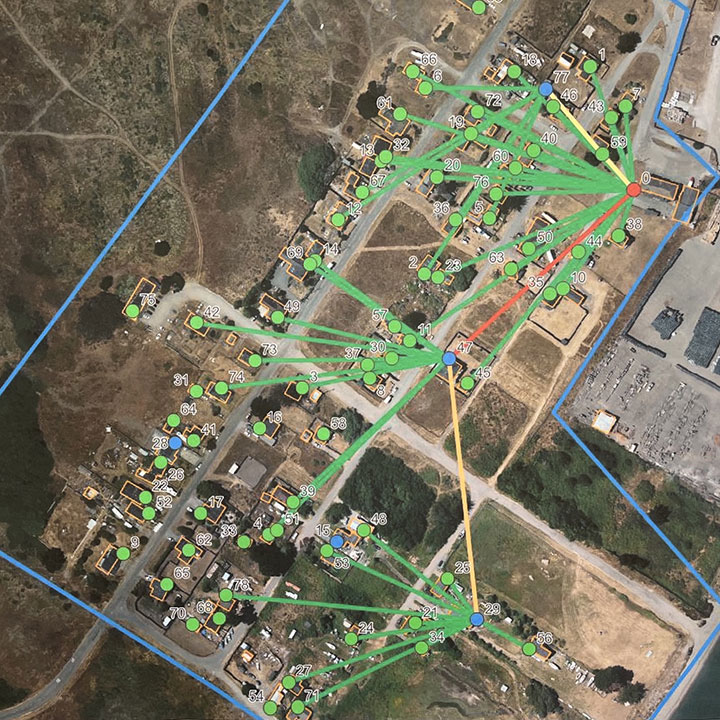 Fire Chief Unea said, “When we were contacted by HCOE, we were excited to get internet for the kids. It hasn’t been easy due to Coastal Commission rules, and it’s taken all kinds of creative solutions to make it all work, but what I’ve seen with the internet speeds is just great!” He added, “I would love to see the whole peninsula connected for the benefit of the Community Services District for communication between the devices we use.”

HCOE’s Colby Smart stated, “We wanted to create a solution that could become a model for the rest of rural California and the world. We created what’s called a ‘low latency mesh network’ that addresses two issues in Humboldt County: The high cost of broadband internet and the availability of broadband internet.”

The Fairhaven model, surpassed the minimum requirements for the Innovation Challenge. HCOE’s Smart said, “In Humboldt County, download speeds are around 100 megabits. This project has low latency speeds of 700 to 900 megabits at around $15/month.” He added, “It’s an amazing example of what public-private partnership can do to help address and solve a real problem.”

Odion “Odie” Edehomon, CEO of Dalet Access Labs led the project with the Humboldt County Office of Education to create the broadband system under guidelines set forth in the CDE competition. The group worked with Cogent Communications and AT&T to launch a live fiber optic line to the Fairhaven fire house structure. Using the fire house, Edehomon said an access point was established under the Public Infrastructure Network Node to support the planned high-speed broadband wireless network, called “intelligent Network Fabric.”

Sensors were established with the main access point at the fire house. Using Dalet Access Labs’ technology, wireless “nodes” were deployed throughout the Fairhaven community for families with students. Through the system’s optimized sensor-networking software, the system was enabled, providing low latency, high-speed internet coverage to families in Fairhaven. The infrastructure for high-quality distance learning was in place as a result.

Edehomon said, “This is a model for rural places with schools that don’t have internet. Furthermore, it’s a model for rural schools that won’t have to wait five or ten years to get internet into the classroom.” He continued, “The technology we’re using will transform classrooms and students to have the same opportunities for internet access, crossing the ‘digital divide’.” He said that the outcome in Fairhaven is that Dalet Access Labs has successfully deployed the transformational sensor-driven network nodes in 4 locations in the community to provide up to 82 homes with low-latency, High-Speed Broadband. Furthermore, technology called “OpenRoaming” lets users take their Broadband everywhere they go on a global scale.

Edehomon said, “The adoption of this technology with HCOE’s direction is truly going to transform the region’s connectivity to the world.” Smart added that challenges of this magnitude can only be addressed through deep partnerships. “I’d like to thank the Samoa Volunteer Fire Department, the California Department of Education, the Peninsula School District and the many families who have gone on this journey with us.

Doug Lee, HCOE’s Director of Information Technology stated, “Odie’s commitment to empowering communities is sincere and his knowledge of cutting-edge technology is impressive. After meeting him for the first time, you become convinced that anything is possible.”